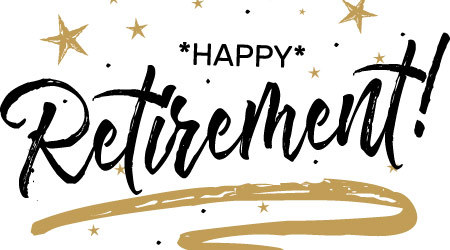 After 36 years of custodianship at our Cemetery, Harvey Currie has decided it is time to retire.

Harvey worked for the former custodian for a year and then took over the job in 1986. Not being a fan of digging all the graves by hand, he immediately decided to purchase an excavator to do most of the digging. Even so, more than one hand shovel has been worn out during his career. Rather than just digging with the machine, he carefully cut and removed the sod, so it could be returned to maintain the original green appearance.

For a number of years, he also looked after the Anglican and Catholic cemeteries in Collingwood as well as the Stayner cemetery, with an occasional interment at other cemeteries in Clearview Township.

During his time with Trinity, he looked after over 1,250 interments, as well as the regular grass cutting (equivalent of over 7,000 acres of lawn), tree trimming, garbage management, arranging for monument foundations, assisting the monument companies to get monuments in the correct location and responding to questions from families with relatives buried at the cemetery.

He was also of great assistance to the board as we converted the paper documents into digital format since he had the “history” to go along with the locations, engravings and knowledge of the family connections for many of those buried.

He says he enjoyed cutting grass, and we have received a number of compliments about the appearance of the cemetery, especially in years like 2021 when the rain kept coming, keeping the grass green and in need of cutting every week, all summer.

And, although Harvey was the person we knew about, his wife Lee was usually the one to take the calls to make arrangements for interment or meetings at the cemetery. She was also very much a part of the grass cutting operation as we would see her regularly zipping back and forth in the orange Kubota tractor/lawnmower.

Thank you Harvey and Lee for your many years of service.